Barcelona City Council wants this government measure to give a definitive boost to 22@, maintaining the sector’s economic potential and dynamism while updating it to make Poblenou a more human and sustainable environment: neighbourhoods for working in but also living in and enjoying, where interesting things happen from an individual, entrepreneurial and innovative point of view.

The history of 22@ began at the end of the last century when two factors, one local and one global, came together that would determine and guide Poblenou’s transformation: the former was the obvious need to intervene in a neighbourhood with a long productive and industrial tradition but clearly in decline; the latter was the explosion in information and communication technologies (ICTs), a global phenomenon with local consequences. Finally, and linked to that phenomenon, the liberalisation of telecommunications in Europe, also needs to be highlighted.

The 22@Barcelona project forms part of the transformation of the east side of the city, together with La Sagrera station, Vila Olímpica and the Fòrum. It began at a time of economic growth and as a result of local authority leadership.

The central premise of the plan was to preserve the neighbourhood’s productive character but switching from industrial uses and activities (urban planning key 22a) to new uses linked to information and communication technologies (key 22@). The 22@ Plan responds to a triple objective: Poblenou’s urban, economic and social renewal. And the project has to be seen in the Barcelona tradition of long-term strategic planning and design of the city model. International recognition of Barcelona’s transformation in this period has been viewed as the contemporary manifestation of the long tradition of innovative and progressive city planning started by Ildefons Cerdà in the 19th century.

Prices for second-hand homes were at record highs when the property bubble burst (April 2009). After falling during the economic crisis (2009–2015) they were back at pre-2009 levels in 2017 but showed signs of levelling off in October of that year. The rental market has followed a similar trend, though what stands out is the big increase from 2000 on, when monthly rents per m2 almost tripled. Moreover, this rising trend does not seem to have reached its peak. As the Pact for 22@ noted, this old road, which existed before the Cerdà grid, has the potential to become an authentic civic axis of Poblenou, from Marina Street to Av Prim and beyond. This axis also has a high concentration of heritage elements, especially in its northern section (from Can Ricart to Ca l’Illa). To all these characteristics we could add others such as more housing to consolidate Pere IV as a structural axis of Poblenou, with great potential for developing uses and activities related to heritage, culture and the creative industries. Work will focus on ensuring its continuity either side of Av Diagonal with interventions that, as far as possible, will help to restore and highlight its former layout. To maximise the potential of this urban axis and to guarantee the continuity of its south side, consideration needs to be given to the square in front of the Sagrat Cor (Sacred Heart) church, a place with its own identity that forms part of the physical and social memory of this street and is currently classified as a roadway system.
The redevelopment work will be boosted by recovering and reviving heritage features such as the old factories La Escocesa and Can Ricart, which will join the existing ones (Oliva Artés, Ca l’Alier). The exceptional concentration of industrial heritage in the northern section means there is a special interest in formulating a set of urban intervention and economy-boosting strategies in sectors such as the creative industries.
38
Government measure
Precisely with the aim of giving a boost to those industries, which are a strategic sector for the city, encouragement will be given to the conversion of spaces in this axis that ensure a significant and stable presence of creative workshops, shops and other commercial establishments with a special emphasis on creative products and those not mass produced. The northern section, which runs from Parc del Centre to Ca l’Illa (“the creative mile”), could become the economic and social driver behind the transformation of 22@north.
The 22@ Office will coordinate the various public and private players and stakeholders involved, as well as the municipal departments, in defining the project and the strategy for implementing it.

Given its exceptional width in the web of streets in the Provençals del Poble nou neighbourhood, and within the new mobility plans for the sector, Cristóbal de Moura Street has become ideal for developing a green axis, already under construction, in 22@ north. The relatively aggregated structure of ownership, together with the large number of vacant plots, facilitates the design and programming of an episode of urban excellence to move towards and exhibit in a joint and coordinated fashion a set of innovative solutions in the following elds:

The Cristóbal Moura axis could become the tangible urban example of many aspects of the 2030 Agenda, concentrating integrated solutions for energy transition and resilience against climate change and pandemics. Both the public and private sectors will need to be involved in constructing the axis, the latter in the property sphere and also the business innovation side of the different solutions. This project is also an opportunity to encourage the installation of businesses and services linked to the green and circular economy, seeking to create a cluster in this sector.

In the last 25 years, Palo Alto has been a reference for developing the city’s creative economy. Following its award to a group of entrepreneurs in 1993, the spaces of the old Pellaires factory complex have been turned into a site that is home to businesses in the creative sector, with an emblematic gardening space, and where a wide range of cultural projects have been held.

With its eyes set on a new public-private management model, the City Council wants to maintain the essence of the project that has become established at Palo Alto, by creating an incubator for new talent and creative projects that ensures the training of future creators and expanding the site’s capacity for culturally energising the neighbourhood. To achieve these aims, the City Council wants to equip the project with a governance structure that adequately combines the public dimension of the spaces with social-private sector management that has a real capacity to expand and consolidate what has been done up to now and, at the same time, look for new goals with more social, cultural and economic ambition. One of the priorities of this governance model will be to align the project’s action parameters with the objectives of the neighbourhood and the city. As a municipal service, the projects taking part must promote an activity that has a public dimension through their expertise, their involvement in the incubation and training activities and nationally and internationally promoting the city’s creative industries. But equally it will be necessary to ensure a high degree of permeability with the neighbourhood by building relationship models with local residents which facilitate that. All with the aim of making sure the enthusiasm, knowledge and creative contributions of those who are part of the project represent a positive feature for the socio-cultural improvement of the neighbourhood. The programme for this new stage will be built round four axes:
• Temporary residence for “tractor” and incubator projects of businesses in the design and creation sector.
• Space for artistic and cultural creation.
• Activities programme open to the neighbourhood.
• Preservation of industrial heritage and maintenance of its ecosystem.

Project #4: Can Ricart and Parc de Centre in Poblenou

It is planned to rede ne Parc del Centre in Poblenou so that, together with Can Ricart, it will become a central focus and point of reference for Poblenou in general, and for the 22@ area in particular. The action must incorporate measures to increase the permeability of this public space between Can Ricart, the park and the Pere IV Axis and also revitalise it. Public space is becoming a hugely important element when it comes to making a city function effectively. The public spaces in the 22@ area are often residual spaces or not well connected with the surrounding areas, as is the case with Parc del Centre. It is dif cult to nd memorable landmarks that structure this area and give it its own powerful identity. So work will be carried out to reinforce the continuity of Pere IV Street as it passes through Parc del Centre.

La Escocesa is one of the few factory sites formed by a set of buildings arranged around vacant spaces. The various buildings have different characteristics and planning classi cations and could potentially incorporate a mixed programme, with facilities, economic activity and housing. The proposal is to rehabilitate the La Escocesa factory site in order to turn it into the epicentre of the northern part of the new Pere IV axis, together with Palo Alto and Can Ricart.
Today, part of La Escocesa is a “creation factory” in the programme promoted by the Barcelona Institute of Culture (ICUB). These are innovative, multidisciplinary spaces that offer creators and artists the resources, tools and services they need to develop their creations. The factory is currently in the Johnston Building pending a move to the Foseco Building when the alterations there have been completed. Apart from its current use as an art factory other potential uses have been identi ed such as public rental housing, economic activity (start-up incubator, shared spaces for the solidarity economy or premises for local trade or the local economy.
The 22@ Of ce staff will work to identify the necessary investments for carrying out the work in relation to the uses implemented there. 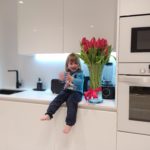 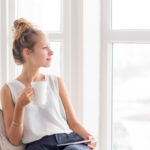 The Perfect Home in Barcelona 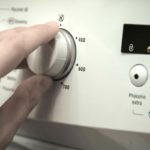 Changes in Electricity bills from June 2021 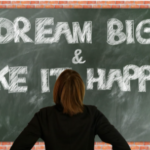 Helping you to choose the best school