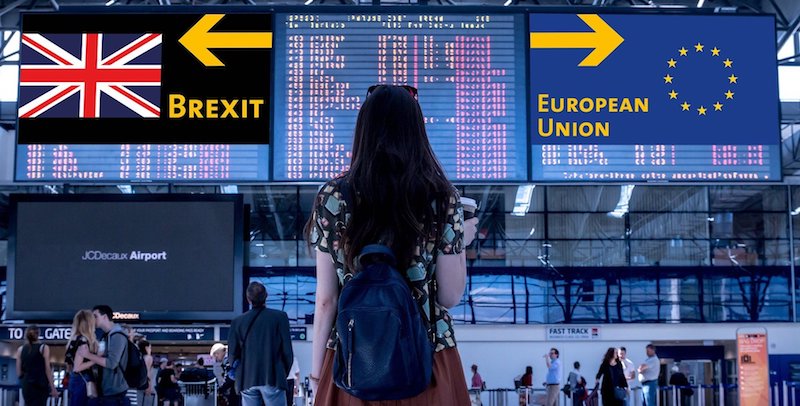 With the start of the new year, significant changes as a result of Brexit kicked in. Theoretically, the UK left the EU and its institutions on February 1, 2020. Now, the 11-month transition and negotiation period has ended, and the deal between the UK and the EU has come into effect. New agreements and regulations, which span across work life, travel, education, healthcare, tax, and communications, define the UK’s relationship with the EU and vice versa. This article presents the key points of the Brexit deal which are likely to affect British expats and expats-to-be in the EU and EU nationals who are planning to move to the UK or are already there.

Among the most fundamental freedoms member states of the European Union enjoy, is the free movement of people. Brexit ended the freedom to live and work as a Briton in a European Union country and as an EU citizen in the UK. From January 1, 2021, UK and EU nationals must have a visa to stay in the EU and the UK respectively for more than 90 days in a 180-day period. Visitors for up to 90 days don’t need visas, but they are not allowed to work. For now, both sides have agreed that they won’t introduce visas for short-term business visitors. On the other hand, the UK is currently developing a sustainable points-based system to attract highly-skilled workers (e.g. scientists, engineers, and academics) from EU and non-EU countries.

The EU Settlement Scheme is accepting applications until June 30, 2021, and it is relevant to EU nationals already living in the UK by December 31, 2020. Besides, if you have a settled or pre-settled status you can work in the UK, have access to the NHS, study in the UK, access UK benefits and pensions schemes, and travel without a visa from and to the UK.

Professional qualifications (e.g., lawyers, medical practitioners, pharmacists, vets, engineers, architects, and teachers) obtained in the UK are no longer recognised in EU countries and vice versa. From January 1, 2021, a UK professional working or wishing to work in an EU country must have their qualifications recognised by the particular country. Overall, this means that the exchange of qualifications and skills among the UK and EU countries has become more challenging.

As per the Migration Advisory Committee (MAC), the UK introduces a points-based system for highly-skilled individuals and their families. The system, which is meant to attract top talent in the UK, is the same for EU and non-EU citizens. To be considered, applicants must provide a job offer from an approved sponsor, a certain skill level, and English language proficiency. Other points awarding parameters taken into account are: a minimum salary (the higher the salary, the more points the applicant earns), a PhD in a subject that is relevant to the job, and national occupation shortage in the applicant’s industry.

To reduce migration numbers and end reliance on cheap foreign labour, the UK’s points-based system is not taking into consideration lowly-skilled and temporary workers. Plans want these jobs to be automated soon.

Please note that you must collect 70 points in total to be eligible to apply for a work visa in the UK. The good news is that there’s no cap on the number of professionals who can enter the UK on the points-based system.

There’s no visa dedicated to self-employed individuals. For the time being, freelance workers can enter the UK only with an Innovator visa. To be eligible for an Innovator visa, you must propose a business that offers something unique to the UK market and your business must be sanctioned by one of the approved endorsing bodies. Also, you must prove a good knowledge of the English language.

Entertainers and musicians can perform without a visa in the UK and take part in competitions as long as their stay doesn’t exceed six months. If they get paid for their shows, appearances without a work visa cannot last longer than one month.

Students are also under the umbrella of the points-based system. To achieve the required points for study in the UK, they must hold an unconditional offer from an education institution, prove a high English language level, and present a bank account statement showing enough funds for accommodation and everyday expenses while studying in the UK. Besides the visa application fee, potential students may have to pay the Immigration Health Surcharge to access the UK’s National Health Service (NHS).

Graduates who have completed an undergraduate, master’s, or doctorate in the UK can apply for a Graduate visa to work in the UK or look for employment. The Graduate visa is valid for a maximum of two years or three years for PhD graduates.

However, UK universities (except Northern Ireland universities) are not part of the European Union Erasmus student exchange program anymore. A similar programme named Alan Turing will begin in September 2021 and will include countries across the world.

Pets can travel from the UK to the EU, but EU pet passports are no longer valid. The new procedure requires an Animal Health Certificate (AHC) for each trip from the UK to an EU country. The AHC, which certifies that the animal is microchipped and vaccinated against rabies, must be obtained from the vet within ten days of the date of travel and it is valid for four months for a single trip to the EU and re-entry to Great Britain. However, EU pet passports of pets that live in the EU can still be used for the pet’s return to the UK. Please note that guide dogs are not exempt from the above rules.

UK driving licences will not be automatically recognised but will be subject to individual EU countries’ approval.

EU countries exchange tax information to ensure taxpayers meet their obligations and combat tax fraud and tax evasion. UK nationals working in the EU and EU nationals working in the UK will not be taxed twice since bilateral agreements regarding double taxation continue to apply even after the Brexit deal. Therefore, employees will be taxed only in the country they work in.